„Zits“: An Interview with Jerry Scott and Jim Borgman

Last year I did an interview with Jerry Scott and Jim Borgman for WSJ.de. Scott and Borgman are the creators of „Zits“ – a popular comic about a teen and his parents trying to coexist. Zits debuted in 1997 and has been running strong ever since. The comic is now syndicated in over 1,700 newspapers in more than 45 countries. Since only a German version of the interview was published, I thought I should post the original transcript as well.

Could you please tell me a few words about the birth of Zits? Who came up with the idea?

Jerry Scott: Zits was an idea I had rolling around in my head for a while. My sketches and first attempts at putting into comic strip form were pretty good, but not great. The strips were funny enough, but the teenager looked wrong. Knowing he had an actual teenager at home, I showed my sketchbook to Jim one day and asked for advice. He drew a lanky fifteen year-old boy draped over a chair with hair hanging in his eyes, a guitar in his lap and an indifferent expression on his face. Bam! Zits was born.

What was the first Zits strip about? Did it ever get published?

How do you two work together? Can you tell me something about your collaborative process?

Jim Borgman: We maintain a minimum distance of one thousand miles between us. We send drawings back and forth over the internet. We try to crack each other up. The rest is details.

Where do you get your ideas from?

Borgman: A lof of ideas for Zits came naturally when my wife and I got married ten years ago and blended our families. Suddenly we had five teenagers under our roof and I just shut up, took notes and passed them along to Jerry. I supplied that sort of ore, but Jerry has a remarkable ability to then drill deep inside and find the gold.

Are you still counting the Zits strips you’ve made so far?

Borgman: Counting the strips would be a recipe for depression. It’d be like counting the pebbles in your yard. Just think of it as one each day from the time you start until you die. You do the math, I’m going to go buy some strychnine.

How many ideas never make it? And why? How do you know what’s funny and what’s not?

Scott: Sure, there are some ideas that don’t work, but not many. We are an efficient team, and don’t waste many ideas. There are always parts of the carcass that can be used for other purposes. The way I know something is funny is when it makes Jim laugh.

Borgman: I think my job is to be the cinematographer to Jerry the director. Sometimes I can push the camera angle or further exaggerate an expression to punch up the joke. We each try to make the other better.

Zits is popular in many countries all over the world. You must be getting a lot of feedback. What was the most remarkable letter you’ve received so far?

Scott: There have been angry letters, gushing letters, creepy letters and just plain nice ones. Here’s a recent favorite:

„I just wanted to say thank you. You have no idea how many times your comic strip has saved the life of my 15 years old son. I have come close to murdering him on numerous occasions but for the knowledge that I am not alone. He can be so much like Jeremy that it is scary. It is incredible how on the mark you are on so many different topics you touch on. My son enjoys hammering me on the parent flip side. Best part of the newspaper these days are your comics Thanks.“

For what strip did you get the most feedback?

Scott: I can’t think of a specific one that drew an avalanche of comments, but the strips with the biggest, wildest art tend to be the most popular.

Borgman: We did a Sunday strip once in which Mom unzips teenage Jeremy and out comes five your-old Jeremy for the day. They play and have a great time together. The strip ends back in real time with sullen Jeremy commenting on how wistful Mom seems today. That one gets recalled to us often.

Jeremy turned 16 on August 14th 2009. Normally comic characters don’t age. Why did you decide to let him grow older? Will we ever see another birthday?

Borgman: Jeremy is aging in glacial time. We’ve given him one birthday in the sixteen years we’ve been doing the strip, and that was just to give him a driver’s license and expand our canvas. I think we’re done with birthdays now. If he gets a birthday every sixteen years, why, he’ll turn twenty in 64 years and then where will we be? 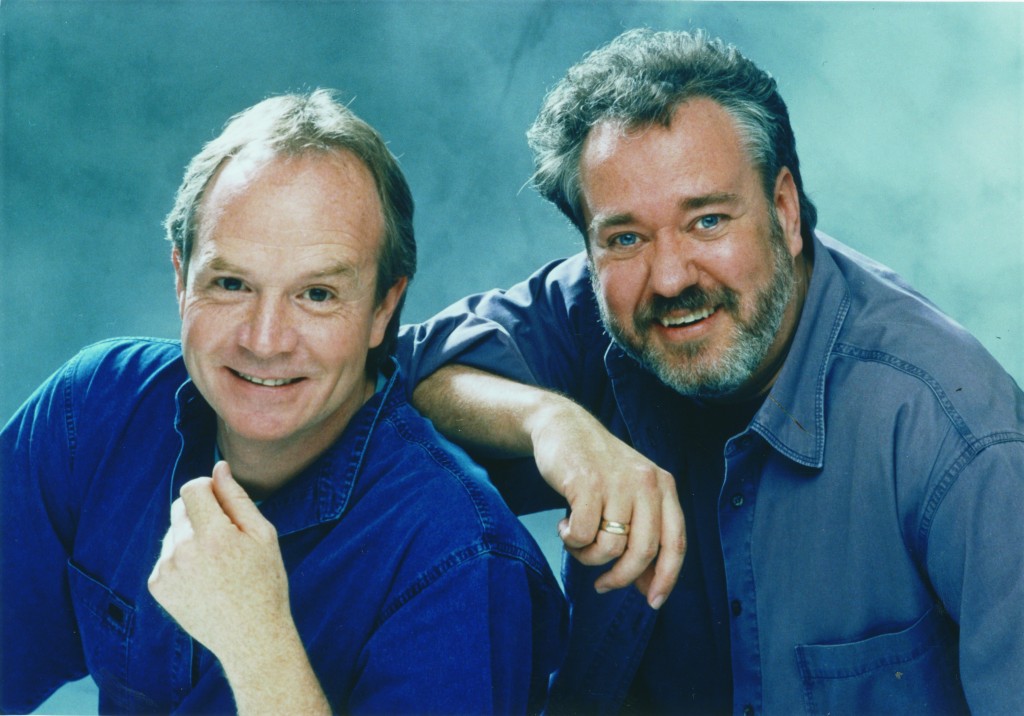 Internet and smartphones… Over the years technology has become more and more relevant in your stories. Why?

Borgman: I remember Jerry and I debating whether we should give Jeremy his own cell phone. Would that make him seem too spoiled? Did it suggest affluence? That wasn’t so long ago. Good Lord, now if you don’t give your ten year-old a cell phone you can be arrested for child abuse.

Scott: So true. Comics are often a reflection of current society, and when I look around I see an electronic device in every person’s hand. It’s remarkable how quickly immediate and constant connectivity has become the new normal. Drawing a teenager today without a cell phone or an iPad in his hand would seem odd.

Technology is a funny subject – at least in your comics. Why do you think that is?

Scott: We don’t often make technology itself the focus of the humor. More often it’s the excesses or incongruity of a situation involving an electronic device, or the incompetence of a person (most often Jeremy’s parents or anyone over the age of thirty) operating a device.

Zits has been detached from any political messages until now. Will that ever change? For example: Do you think the NSA might eventually play a part in a Zits strip?

Borgman: Sure, once you bring in the topic of counterintelligence in Iran the laughs never stop! Meh. We introduce real-world stuff when it’s relevant to our characters’ lives, like technology or changes in media and entertainment, but most news topics don’t touch that close to our wheelhouse. I was an editorial cartoonist for 32 years and I got a lot off of my chest. In Zits we’d rather deal with what goes on inside most people’s houses.

Some comic strips made it to the big screen. Just think of Garfield. Can you imagine Zits becoming a movie some day?

Scott: We’ve had a few attempts at movies and television that haven’t ever gotten past the concept stage for one reason or another. Sure, we’d love to work with the right director and studio to make a movie we’d be proud of. But right now I have more strips to write…

Jeremy is almost always broke. Any resemblance to his inventors? How much do you make with every published sketch?

Scott: Sorry. If we told you, we’d have to kill you.